Jane was diagnosed with Stage 3a Colon Cancer and following surgery received a full dose FOLFOX adjuvant therapy (4/9/2014). Almost immediately, problems presented for her. One day after disconnecting her pump, her mouth became sore with white spots appearing and her lips blistering. She lost most of her hair within a week.  She then endured several days of diarrhea, a fever on day 8 after treatment, and by day 9 she could walk only to the bathroom. As Jane described it “I felt like my muscles were deteriorating. I lost 4 lbs down to 102 lbs” (her pre-surgery weight was 115 lbs).

Ten days after the removal of her pump, Jane’s lab results confirmed neutropenia. This delayed her next scheduled chemotherapy treatment. Meanwhile, she remained weak and was unable to regain weight. She then requested her oncologist test her for DPD deficiency and the results confirmed her suspicion: Jane indeed had a DPD deficiency.

Jane sought a second opinion and on the advice of that oncologist discontinued use of 5-FU which according to one of her oncologists caused her to “miss my opportunity at a better chance of a cure.”

Slowly, her health improved according to Jane: “By 12/15/14 my hair began to grow back.  I put on 1 or 2 pounds. By 7/1/15 I was back in excellent health and weight 115 pounds”. Then, “On 9/31/15 my CEA markers were up. On a retest 6 weeks later my CEA was up more.  A PET scan showed recurrence in para aortic lymph nodes. A Dec 10 biopsy confirms lymph nodes contain metastatic colon cancer.”

At this point, Jane received two possible treatment plans from different oncologists: one recommended no further treatment with 5-FU; the other recommended starting with a lower dosage of 5-FU and adjusting the dosage level in accordance with her ability to tolerate the treatment.

Unsure of how to proceed, Jane and her husband Tony, reached out to Dr. Joseph Ciccolini in Marseille France. Dr. Ciccolini, a pharmacologist, routinely pre-screens patients prior to the start of 5-FU treatment. He offered a phenotype test for Jane who willingly agreed.  Dr. Ciccolini concluded that Jane could endure 5-FU IF offered at a reduced dosage level; he also discovered Jane had a sensitivity to Irinotican and recommended reducing the dosage of that agent as well.

Jane started this tailored regimen but found it rough going and after a limited period of time she discontinued the treatment.

During 2017 Jane became a poster child for Vistogard, the FDA approved antidote for 5-FU toxicity, and appeared in two marketing videos as well as personally promoting its wider distribution.

Jane had trouble getting accepted in a promising trial because of an unrelated lung infection but finally enrolled in a MGH immunotherapy trial in September of 2017. The results were an overwhelming attack on an unknown spot in her brain, very promising but requiring surgery and radiation that knocked her out of the trial.

She restarted immunotherapy in late November and never gave in but too much damage had occurred and she died on January 15, 2018. 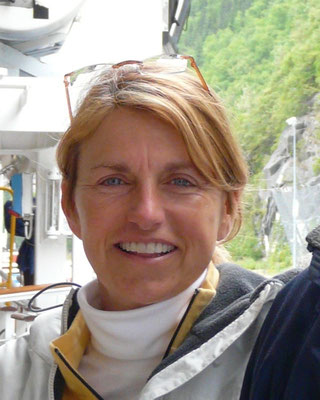